I am thinking of purchasing a Pi 3, so I can stream my music and have a dedicated DAC.

There are obviously a number of to DACs for the Pi and it is difficult to know which one would be most compatible with my setup.

I have quite a warm sounding system - B&W speakers and Arcam Alpha 8 amp.

I don’t want a DAC that is bright sounding and is going to take the warmth out of my system.

Can anyone suggest which DAC (s) I should be looking at ?

Hi Simon,
I am quite unconfortable replying directly to your question. But I will tell you my opinions on the DACs you can find in our shop, see them here:
volumio.org/product-category/dac/i2s-dac/

The IQAudio is quite neutral, and if you want to listen occasionally via Headphones, IMHO that would be the best solution for you

The Mamboberry is very detailed, so I don’t know if this is something you’re looking for. I like its sound very much (especially with a good PSU) and ESS9023 is regarded as a very good DAC. But I won’t define it as warm…

Finally the PIANO plus the Kali is a very very good combination, lots of details. If you’re willing to go the extra-mile, I would suggest you this combo (add also Allo’s PSU)

I hope other users could help you out a bit, maybe with DACs that are not on the shop (I can only speak for them)

Thanks for your reply.

It is somewhat of a minefield, as what sounds good to one person, will sound awful to another.

I have looked at the IQAudio… From what I have read, a lot of people say it is brilliant.

I did ask Gordon from IQAudio about the sound signature of the DAC. He said that some say it is bright and others say it is neutral and is largely dependant on the Interconnects / separates in use. So i am not too sure on that option.

I don’t really know anything about the other 2 you mention.

I suppose what I am after is keeping the Arcam “house sound” when playing my flac files.

I am quite open to hearing more detail, so long as it doesn’t become lacking in Bass.

Yes the IQ Audio DAC is indeed a brilliant product.
IMHO I would not take the choice so seriously, those DACs are pretty cheap and I had lot of fun back in the days when I started just by replacing mine once in a while to find the best combinations (which involved also some tube rolling on my hybrid preamp)…
I know this is a non-answer… But really I can’t tell you what DAC might be best for your setup…

I’ll go for the kali+piano solution if I were you… I have that setup and its amazing, used to have the hifiberry dac+ and the kali+piano gives so much more in openness and detail… Remembered first time I improved my setup at home from NAD amps to a Lyngdorf… Much better sound but also that my music collection was in poor mp3 quality… Because I could hear a difference in music quality… the kali+piano combo gives that same quality lift in music as when I changed amp… The details are amazing! Like having a complete new setup 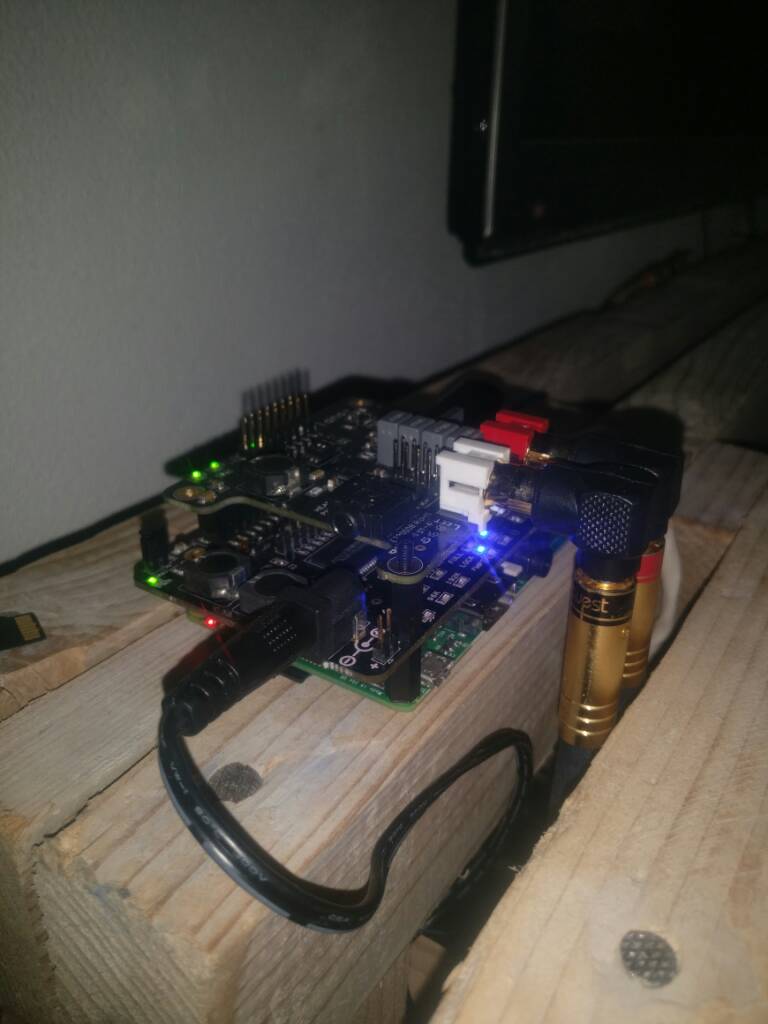 Thanks for the recommendation.

So what is the sound signature of the Kali+Piano option ?

I would say its open, fast and detailed… Puts a smile on my face

So would you say that the Piano option would be as good as buying a dedicated DAC, appreciating i would lose the streaming facility.

Also, is there a case available for the piano setup?

Equally, a Musical Fidelity V-Dac 2 + PSU were Ebay’d after comparing them to a HiFiBerry DAC Pro; these things are surprisingly excellent,

It sounds like the pi DAC is the route to go.

Chris mentioned about the HiFiBerry DAC pro. What’s the sound signature on that like? Has anyone used the iqaudio DAC or compared against the HiFi Berry / Kali options ?

Is there a case available for the Kali / piano setup ? Can’t seem to find one.

I am using a HiFiBerry DAC+ Pro and really like it. I have also used a Audioquest Dragonfly Black and a HRT Musicstreamer II+. I like the DAC+ Pro the best so far…seems cleaner, where the Dragonfly was really punchy. The HRT sounded similar to the DAC+ Pro, but I needed a powered hub to run it.

Chris mentioned about the HiFiBerry DAC pro. What’s the sound signature on that like?

I really don’t live the audiophile life to be able to comment on sound signatures but the initial response from She Who Must Be Obeyed when hearing the first few seconds of Saint-Saens through the DAC Pro was that it was just like vinyl. When I added a separate 5v feed to the analogue stage, the sound stage expanded. Looking at tests on the HiFiBerry DAC, the jitter is very well controlled, to the point where I have doubts that a Kali would be noticeable. More than this, I lack the authority to say…

The jitter on the Hifiberry Pro is indeed very low. However it requires special drivers which are not included in Volumio at the moment (they will at some point in the future).
So, with Volumio, we still can’t use the better clock that the Pro features onboard…

So would you say that the Piano option would be as good as buying a dedicated DAC, appreciating i would lose the streaming facility.

Also, is there a case available for the piano setup?

I wouldn’t say that a Pi plug-on DAC is as good as a dedicated (not el cheapo) DAC. Purely looking at the Digital/Analog Conversion side of things, most dedicated DACs are better equipped than the (much cheaper) PI DACs. Although they might be utilizing the same DAC Chip (either TI/BurrBrown or ESS Sabre or others), it is the surrounding electronics of the DAC that make the chip to perform (or not).

But, the problem is with feeding the DAC a good and clean signal. And this is where when we use a Pi as the source, it becomes hard to fully take advantages of the quality of a dedicated DAC. The Pi just isn’t a very good device to generate a good digital input signal for most DACs. This makes that the difference between the (cheaper) Pi plug-on I2S DAC boards and a dedicated DAC is often not really noticeable.

If you think you would like to have the best thing possible, a dedicated DAC is prefered but only if you find a way to feed the DAC a proper signal. As said, this is hard/difficult using a Pi. You can better look for a different device, look for example at x86 devices for which Volumio 2 will become available

Or (not sure if anyone here has a setup like that using Volumio), you can look into DAC’s that have a dedicated I2S input and find a way to transfer the Pi’s I2S signal to it.

See this example of a Pi based player that can feed I2S DAC’s: magnahifi.com/index.php/webs … MH-HE-Pi2S
(Which also seems to have a lot of other additional hardware to take care of some of the Pi issue area’s. They list that the player can run Volumio

But when you prefer (like me) a more workable/affordable solution and don’t aim for the highest-high-end hifi possible, and like the Pi as a good bases, there are some good Pi DAC boards out-there. The new Kali re-clocker board (not a DAC!) improves a lot on 2 Pi issues, which are a much better I2S clock signal and low jitter, and also takes away of the PS noise. This gives a much better input signal for any Pi DAC that can work with this board. Also the Hifiberry DAC Pro+ is a newer but good option as it next to a good D/A part, also improves both on timing/jitter and PS issues.

) and I would say that going for a Kali/Pi DAC combo is a good (and not that expensive) start. When this proves not sufficient, there are always more (expensive) way to improve further.